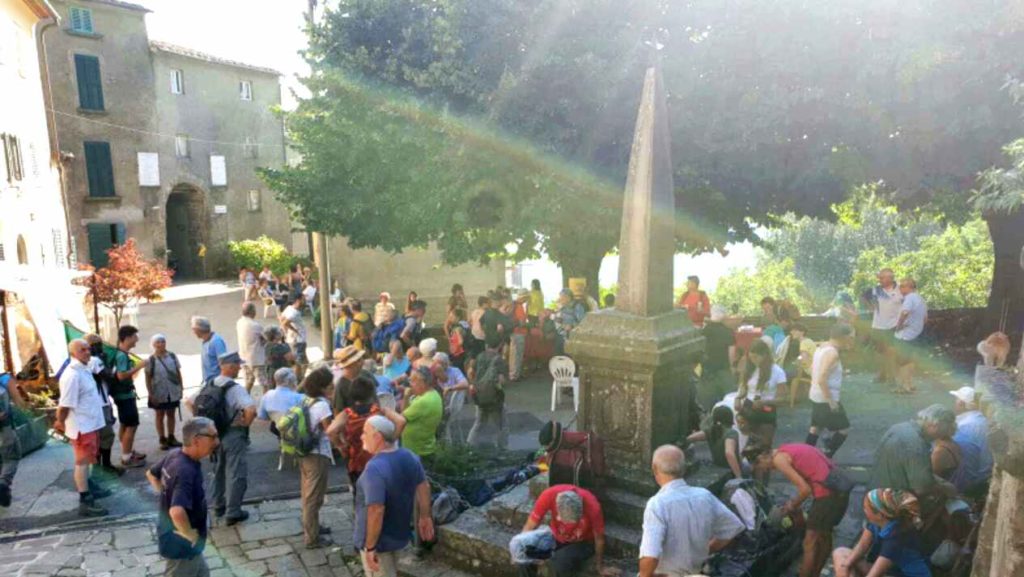 Arriving on the square, on the left, is the fountain, in pietra serena, formed of a rectangular tub called “pillone”, with a rounded vault on which is carved the coat of arms of the Medici, and a basin smaller serving to water the animals. As proof of its importance for the life of the community, the 16th century Calamecca Statute devotes an entire chapter, the second, forbidding anyone to damage it, to smear it, to break it, to break the water line and imposes harsh penalties on offenders. 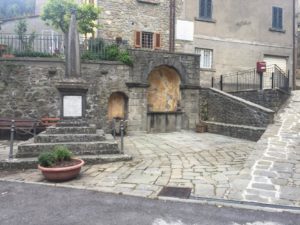 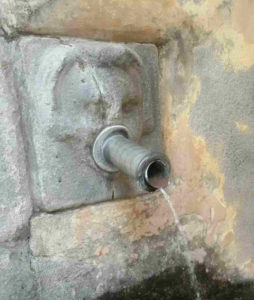 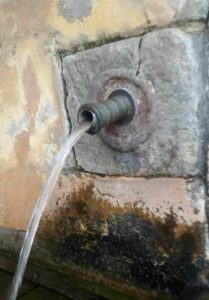 In front of the fountain in 1921 was placed the war memorial of the First World War. Always in pietra serena, it is formed of steps that support a parallelepiped and an obelisk ending in a five-pointed star. The names of the victims are engraved on a marble plaque: Gaggini Rinaldo, Pelleschi Arduino, Donatini Arturo, Giuseppe Pelleschi, Ottari Giuseppe, Ducci Alberto. 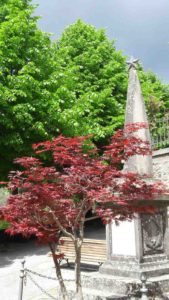 From the square passing under the medieval arch, you enter the village. On the sides of the door are two plaques: on the left, in memory of the 15 victims of the Nazi-fascist forces of September 1944, on the right in honor of the Florentine hero Francesco Ferrucci, who spent his last night in Calamecca before the Battle of Gavinana.