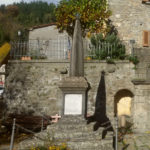 With the outbreak of World War One, many young men were called to arms. Some died at the front, others by illness. Their names are memorialized on the Monument to the Fallen in Piazza Francesco Ferrucci, inaugurated in September 1921. The year 1928 saw the completion of the “Parco della Rimembranza,” which after World War Two became the park dedicated to all the victims of war. 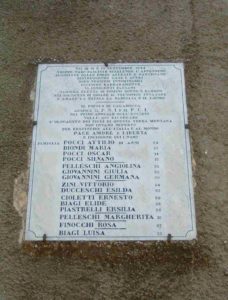 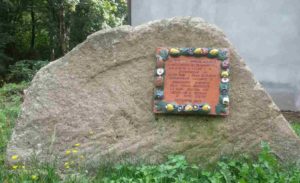 During the Second World War, Calamecca was the scene of a tragic massacre of 15 civilians, including two children, which left a deep wound in the village. The fascist Nazi forces, pursued by the advance of the Allies, had moved towards the mountainous regions, where they could defend themselves thanks to a system of fortifications, casemates, bunkers, and observation posts along the mountain ridge of Pistoia, known as the Gothic Line. Part of the buildings and structures are still visible in the vicinity of Calamecca and Macchia Antonini.

Villages near the front line were destroyed or abandoned.
On September 3 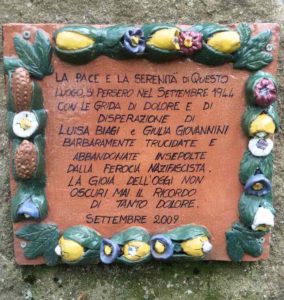 , 1944, an evacuation ordinance was announced in the village square: those who did not respect the ordinance would be shot. Thus began the exodus of the inhabitants; some went to relatives, while others chose to descend the mountain toward Pescia. Some hid in anti-aircraft shelters and mills in the woods not far from Calamecca. Others, mostly families with seniors, stayed at home. Between September 19th to the 25th, SS soldiers with grenades, knives and machine guns killed 15 people who were found in their homes or in shelters in the woods along the Pescia River. Two young women were taken to the Macchia Antonini barracks where they were killed. Two tombstones – one in Calamecca in the Square Francesco Ferrucci, the other in Macchia Antonini – are a reminder of this cruel and senseless violence towards innocent and unarmed people.