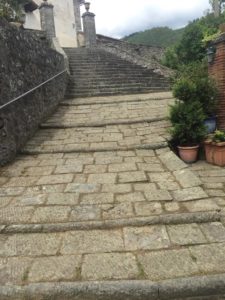 Going up a monumental stone staircase, you reach the church of San Miniato, with its large forecourt, built in the highest part of the country. The sacred building, with exceptional dimensions for a village, has three naves, with arches and columns with pietra serena capitals, dating from the seventeenth century and adorned with flowers, scrolls and human heads, reminiscent of the Pieve di San Leonardo in Serra Pistoiese. 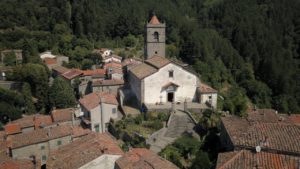 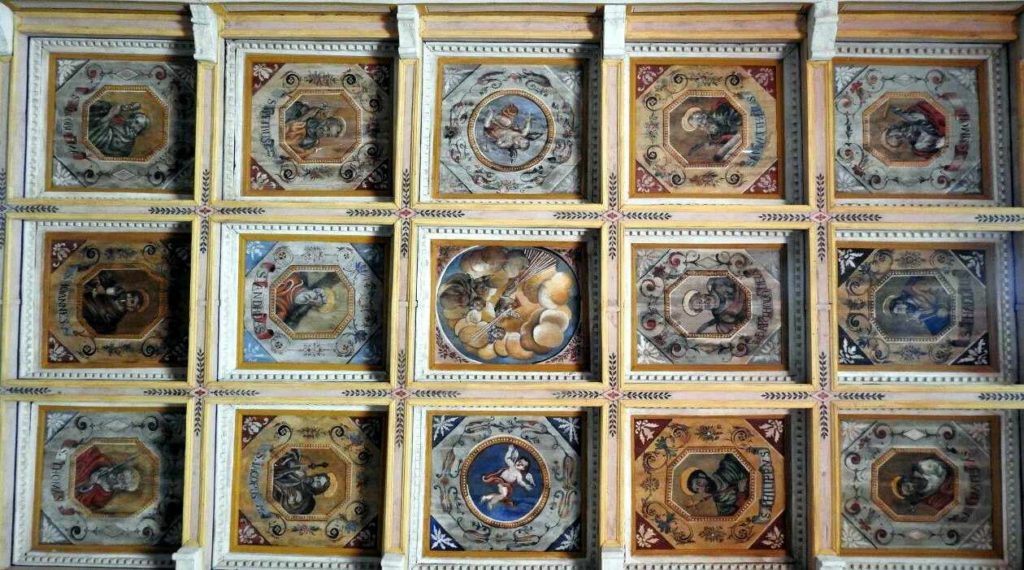 From the Romanesque aspect of the first church, there remains only the outer part, having undergone many changes in the 18th century. From the eighteenth century are in fact the imposing baroque altars so high that they almost touch the ceiling, the two confessionals in pietra serena (a unique and rare jewel), the altarpieces of the cult of the Holy Virgin, the coffered ceiling in polychrome wood of the central nave (inside each of the squares, in an octagonal frame, the bust of an apostle, whose face is turned towards the central order, representing angels and the dove of the Holy Spirit) . The most used material is the pietra serena quarried from Calamecca and worked by local artisans. 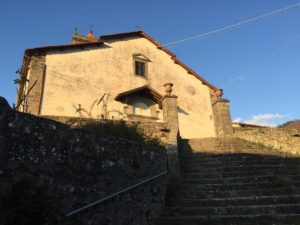 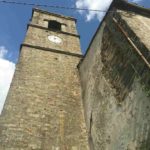 On the wall facing north, the coat of arms of the city of Pistoia are walled upside down, which testifies to the hostility of the inhabitants towards the authorities of Pistoia. the clock is on the west side.